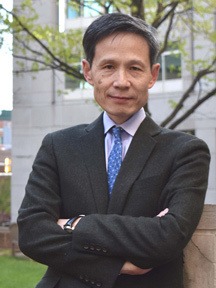 Sepsis is life-threatening organ dysfunction caused by a dysregulated host response to infection. Cardiovascular collapse induced by cardiac dysfunction and profound vasodilatation represents a main feature of septic shock and contributes to its high mortality. Dysregulated innate immune response to pathogen components and endogenous host danger molecules proves to be deleterious in sepsis. We have discovered that host cellular RNAs are released into the blood during sepsis and that circulating host RNA is closely associated with sepsis severity in animals. miRNA array identifies six miRNAs that are elevated during sepsis; four of them (miR-34a, -122, -145, -146a) induce marked innate immune activation in immune cells, cardiomyocytes, and in intact animals. The over goal of this proposal is to determine the role of ex-miRNAs in host innate immune activation and in cardiac bioenergetic dysfunction in sepsis. The proposal is based on the following 3 hypotheses: 1) that host miRNAs are released from injured cells and play an important role in innate immune activation and cardiac dysfunction in sepsis, 2) that ex-miRNAs act through endosomal TLR7 signaling, 3) that pharmacological blockade of miRNAs after polymicrobial infection will attenuate innate immune activation and offer cardiac and survival benefit in sepsis. In Aim 1, we will determine the function and mechanism of plasma exosomes and ex-miRNAs in mediating innate immune responses in sepsis. In Aim 2, we will define the impact of ex-miRNAs to sepsis-induced cardiac bioenergetic dysfunction. In Aim 3, through a series of proof-of-concept pre-clinical studies, we will determine the therapeutic efficacy of synthetic anti-miR oligonucleotide inhibitors to modulate organ inflammation, organ injury, and mortality in sepsis. This proposal addresses a unique function of endogenous ex-miRNAs in host innate immunity and organ dysfunction with a significant implication to sepsis pathogenesis, treatment, and miRNA biology.

Thrombocytopenia is a common complication in sepsis and is associated with higher mortality. Activated platelets express CD62P, which facilitates platelet-leukocyte aggregate (PLA) formation and contributes to thrombocytopenia in sepsis. The authors have reported that thrombocytopenia in murine sepsis is partly attributable to TLR7 signaling, but the underlying mechanism is unclear. In the current study, they tested the hypothesis that TLR7 mediates platelet activation and PLA formation during sepsis.

Data from this study supports a critical role for extracellular miR-146a-5p in innate immune inflammation and sepsis pathogenesis and offers a rationale for selective targeting extracellular miRNAs as a novel strategy for sepsis intervention.

Taking a loss-of-function approach, the data from this study found a contributory role of endogenous miR-146a and TLR7 sensing in animal SAE. Hence, suggesting extracellular miRNA sensing via TLR7 as a possible link of neuroinflammation within the brain microenvironment during polymicrobial sepsis.

Sepsis is a deadly condition lacking a specific treatment despite decades of research. This has prompted the exploration of new approaches, with extracellular vesicles (EVs) emerging as a focal area. EVs are nanosized, cell-derived particles that transport bioactive components (i.e., proteins, DNA, and RNA) between cells, enabling both normal physiological functions and disease progression depending on context.

Previous studies have demonstrated that transient myocardial ischemia leads to release of cellular nucleic acids such as RNA. Extracellular RNA reportedly plays a pivotal role in myocardial inflammation and ischemic injury in animals.

Aeromedical evacuation can expose traumatically injured patients to low pressure (hypobaria) and hypoxia. This study sought to assess the impact of hypobaria on inflammation, organ injury, and mortality in a mouse model of polytrauma.

This study reviews various TLRs and the specific molecules these TLRs sense – both the pathogen-associated and host-derived stress molecules, and their converging signaling pathways. We critically analyze preclinical investigations into the role of TLRs in animal sepsis, the complexity of targeting TLRs for sepsis intervention, and the disappointing clinical trials of the TLR4 antagonist eritoran.

Based on their identification as physiological nucleic acid carriers in humans and other organisms, extracellular vesicles (EVs) have been explored as therapeutic delivery vehicles for DNA, RNA, and other cargo.

We have previously reported that a group of host cellular microRNAs (miRNAs; miR-34a-5p, miR-122-5p, miR-145-5p, miR-146a-5p, miR-210-3p) are released into the blood during sepsis, some of which are capable of inducing complement activation, cytokine production, and leukocyte migration. Extracellular vesicles (EVs) have been proposed as vehicles for extracellular miRNA-mediated intercellular communication. However, the biological function of plasma EVs and the associated miRNAs in sepsis are largely unknown…

Innate immune response after transient ischemia is the most common cause of myocardial inflammation and may contribute to injury, yet the detailed signaling mechanisms leading to such a response are not well understood. Herein we tested the hypothesis that myocardial ischemia activates interleukin receptor-associated kinase-1 (IRAK-1), a kinase critical for the innate immune signaling such as that of Toll-like receptors (TLRs), via a mechanism that involves heat shock proteins (HSPs) and TLRs…

Toll-like receptor 3 (TLR3) was originally identified as the receptor for viral RNA and represents a major host antiviral defense mechanism. TLR3 may also recognize extracellular RNA (exRNA) released from injured tissues under certain stress conditions. However, a role for exRNA and TLR3 in the pathogenesis of myocardial ischemic injury has not been tested. This study examined the role of exRNA and TLR3 signaling in myocardial infarction (MI), apoptosis, inflammation, and cardiac dysfunction during ischemia-reperfusion (I/R) injury.

We have recently reported that extracellular RNA (exRNA) released from necrotic cells induces cytokine production in cardiomyocytes and immune cells and contributes to myocardial ischemia/reperfusion injury. However, the signaling mechanism by which exRNA exhibits its pro-inflammatory effect is unknown. Here we hypothesize that exRNA directly induces inflammation through specific Toll-like receptors (TLRs)…

Complement factor B (cfB) is an essential component of the alternative pathway (AP) and plays an important role in the pathogenesis of polymicrobial sepsis. However, the mechanism leading to cfB production and AP activation during sepsis remains poorly understood. In this study, we found that plasma cell-free RNA was significantly increased following cecal ligation and puncture (CLP), an animal model of polymicrobial sepsis, and was closely associated with sepsis severity…

Tissue ischemia, such as transient myocardial ischemia, leads to release of cellular RNA including microRNA(miRNA) into the circulation and extracellular (ex-) space, but the biological function of the ex-RNA is poorly understood. We recently reported that cardiac RNA of both human and rodent origins induced cytokine production and immune cell activation…