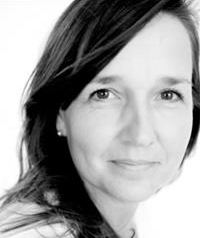 Helium, a noble gas, has been safely used in humans. In animal models of regional myocardial ischemia/reperfusion it was shown that helium conditioning reduces infarct size. Currently it is not known how helium exerts its cytoprotective effects and which cell death/survival pathways are affected. The objective of this study was therefore to investigate the cell protective effects of helium postconditioning by PCR array analysis of genes involved in necrosis, apoptosis, and autophagy. Male rats were subjected to 25 min of ischemia and 5, 15, or 30 min of reperfusion. Semiquantitative histological analysis revealed that 15 min of helium postconditioning reduced the extent of ischemia/reperfusion-induced cell damage. This effect was not observed after 5 and 30 min of helium postconditioning. Analysis of the differential expression of genes showed that 15 min of helium postconditioning mainly caused upregulation of genes involved in autophagy and inhibition of apoptosis versus ischemia/reperfusion alone. The results suggest that the cytoprotective effects of helium inhalation may be caused by a switch from pro-cell death signaling to activation of cell survival mechanisms, which appears to affect a wide range of pathways.

Caveolae are cholesterol and sphingolipid enriched invaginations of the plasma membrane and are considered a subset of lipid rafts. Caveolins (Cav), the structural proteins essential for caveolae formation, are critically involved in isoflurane-induced protection of the heart. The noble gas helium (He) mimics isoflurane-induced cardioprotection but the molecular mechanisms is unknown.