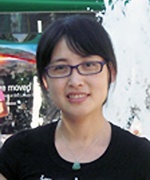 Sepsis has a prevalence of 750,000 cases and claims more than 200,000 lives each year. Cardiovascular collapse represents a main feature of septic shock and contributes to its high mortality. While the current therapy offers survival benefit, the septic mortality due to cardiac dysfunction remains high. A better understanding of the molecular mechanisms that lead to septic cardiac dysfunction is needed to further improve the outcome. Innate immune signaling such as those via Toll-like receptors (TLRs) represents the first line of defense against microbial infection and plays a role in sepsis, but their role in cardiac dysfunction in sepsis remain poorly defined. Dr. Zou and others have demonstrated that TLR2 and TLR3 contribute to septic cardiac dysfunction and high mortality. However, how the TLRs mediate septic cardiac dysfunction is poorly understood. In her team’s effort to identify the downstream effector responsible for septic cardiac dysfunction, they found that ligand stimulation of TLR3 in vitro or bacterial sepsis in vivo specifically induced a robust cardiomyocyte expression of complement factor B (cfB) expression in the heart, a key component of the alternative pathway. Moreover, they demonstrated that mice deficient in cfB (cfB-/-) had improved cardiac function and better survival compared with wild-type mice during bacterial sepsis. The proposal is based on the following three hypotheses: 1) both host and bacteria release RNAs into the circulation during infection, 2) extracellular RNA (exRNA) and TLR3 signaling mediates myocardial cfB expression during sepsis, and 3) cfB contributes to septic cardiac dysfunction via distinct intracellular mechanisms including impaired Ca2+ handling, mitochondrial dysfunction, and oxidative stress. In this study’s aim 1, Dr. Zou’s team will determine the role of exRNA and TLR3 signaling in cardiac cfB expression during bacterial sepsis. In aim 2, Dr. Zou’s team will define the molecular mechanisms responsible for cfB-mediated septic cardiomyopathy.

Complement factor B is the downstream effector of TLRs and plays an important role in a mouse model of severe sepsis.

Severe sepsis involves massive activation of the innate immune system and leads to high mortality. Previous studies have demonstrated that various types of TLRs mediate a systemic inflammatory response and contribute to organ injury and mortality in animal models of severe sepsis. However, the downstream mechanisms responsible for TLR-mediated septic injury…

Myocardial depression is an important contributor to morbidity and mortality in septic patients. Nitric oxide (NO) plays an important role in the development of septic cardiomyopathy, but also has protective effects. Recent evidence has indicated that NO exerts many of its downstream effects on the cardiovascular system via protein S-nitrosylation…