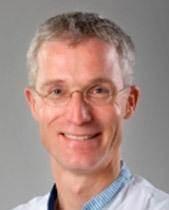 The effect of dexamethasone on cognitive decline after cardiac surgery.

Delirium is common after cardiac surgery and may be partly related to the systemic inflammatory response triggered by the surgery and the use of cardiopulmonary bypass. We hypothesized that intraoperative administration of high-dose dexamethasone, a drug with potent anti-inflammatory effects, would reduce the incidence of delirium at any time point during the first 4 postoperative days after cardiac surgery.

Cardiac surgery can be complicated by postoperative cognitive decline (POCD), which is characterized by impaired memory function and intellectual ability. The systemic inflammatory response that is induced by major surgery and cardiopulmonary bypass may play an important role in the etiology of POCD. Prophylactic corticosteroids to attenuate the inflammatory response may therefore reduce the risk of POCD. The authors investigated the effect of intraoperative high-dose dexamethasone on the incidence of POCD at 1 month and 12 months after cardiac surgery.