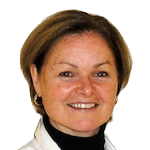 Dr. Orser was the inaugural recipient of the Frontiers in Anesthesia Research Award for her project, Anaesthetics, Second Messenger Systems And Ligand-gated Receptors, which led to both important publications and the establishment of the Orser Lab at the University of Toronto. Dr. Orser’s most recent study and publication, Sustained increase in α5GABAA receptor function impairs memory after anesthesia, address why anesthetics can cause long-term memory loss, of vital concern for post-operative patients. This study addresses an observation first reported in 2012 in the Society’s monthly scientific journal, Anesthesia & Analgesia.

Animal studies have shown that memory deficits in the early post-anaesthetic period can be prevented by pre-treatment with an inverse agonist that preferentially inhibits α5 subunit-containing γ-aminobutyric acid type A (α5GABA(A)) receptors. The goal of this in vitro study…

Systemic inflammation causes learning and memory deficits through mechanisms that remain poorly understood. Here, we studied the pathogenesis of memory loss associated with inflammation and found that we could…