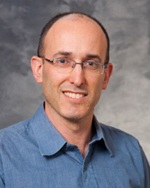 Pathway specific mechanisms of anesthesia in the cortex

Despite the widespread clinical use of anesthetic agents and extensive knowledge of their molecular targets and behavioral effects, the mechanism whereby anesthetic agents cause loss of consciousness (LOC) is unknown. Although some studies have emphasized the importance of brainstem and midbrain targets of anesthesia, anesthetics act at clinically relevant doses in the thalamo-cortical (TC) network, which is widely believed to be the neural locus of consciousness. Current models of sensory awareness depend critically on the integration of ascending and descending information streams. Dr. Raz’s research suggests that anesthetic agents selectively suppress descending and local cortico-cortical (CC) pathways, leaving TC pathways relatively unaffected. According to this model, sensory information arrives intact in cortex, but top-down predictive information is absent, and therefore meaning cannot be assigned. In order to test this hypothesis, Dr. Raz’s team will seek a final common thalamocortical mechanism for hypnosis by three anesthetic agents with diverse molecular targets: isoflurane, midazolam and dexmedetomidine. They will investigate how these agents alter TC and CC connectivity in a murine brain slice preparation both at the network level, looking at synaptic inputs to the cortical column and spiking responses of neurons along the column using an extra cellular electrode array, as well as at the synaptic – cellular level using patch clamp and optogenetic techniques to measure the effects on the input to pyramidal neurons and their excitation-spiking coupling. Understanding the underlying mechanism for LOC relates to one of the most intriguing open questions in neuroscience: the neural correlate of consciousness. Finding the answer to this question is not only a crucial first step for further translational research in the field of anesthesia monitors and drugs, but may open new and exciting possibilities such as awareness monitors for at risk professions (e.g. drivers and pilots).

Computational modeling of the negative priming effect based on inhibition patterns and working memory.

Negative priming (NP), slowing down of the response for target stimuli that have been previously exposed, but ignored, has been reported in multiple psychological paradigms including the Stroop task. Although NP likely results from the interplay of selective attention, episodic memory retrieval, working memory, and inhibition mechanisms, a comprehensive theoretical account of NP is currently unavailable. This lacuna may result from the complexity of stimuli combinations…